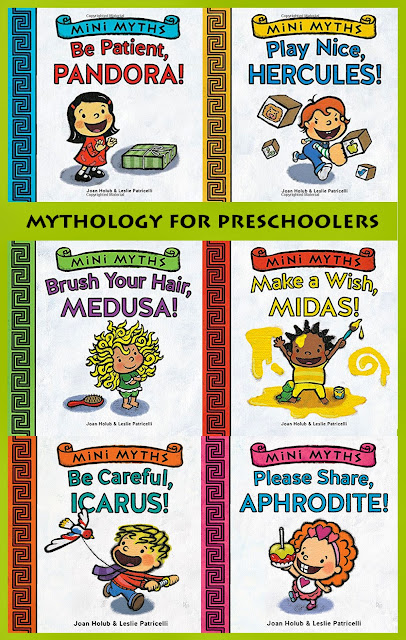 Okay, so I've started reading your Heroes in Training series. All I can say about it is "Oh-my-gosh!" It is sooo much better. When I started reading it, I'm like "Why didn't I read this before?" Honestly, I feel like in this series, you are giving a lot of the gods who didn't have that big of a role in GG another chance to shine. And, man, did they shine. I remember more about one of those characters than I do about the four main goddess girls combined!

Even though I am a girl, I like this series better than GG. First, because it is more mythologically accurate. Zeus has siblings, and they are fighting the first Titan War! There's more action, and the characters actually act like who they are suppose to. And each book has, like, a dilemma sort of thing. Like Poseidon has to conquer his fear of water. Hades has to do the same with his fear of dogs. It just seems more of something kids would learn from than Goddess Girls.

Second, I feel like you've nailed the description of each character more. Take Apollo, for example. In Goddess Girls, I know nothing more about him than the fact that he's Artemis's twin, in the band, and good at archery. But there's nothing really to identify him as "music." Here, he spouts poetry! He rhymes nearly everything he says! The way you described him in Heroes in Training can't be more different from Goddess Girls. In that, you were probably thinking that twins have to be identical. But now he is basically my (and a lot of other people I know) stereotype of Apollo, blond and blue-eyed. The whole "dark hair and dark eyes" may have fit Artemis, but I feel like it is the opposite of what everybody would expect of Apollo. No offense, of course.

Third, I find it more entertaining... by a lot! There's more action, because of the Titans. It's super funny, especially with the comic-like pictures. The humor you use fits each person's character perfectly. In Goddess girls, I felt like the attitude of the boys was... forced. I don't know how else to explain it. Here, it seems so natural. Each person has his/her own personality. Awesome!

One more thing I have to congratulate you on: the humor. These books are so flippin' hilarious! Here I am, reading in the library, and I am doing all I can not to burst out laughing! The jokes, the attitude, and Apollo's poetry is so funny! By now, you've probably realized that I've been paying lots of attention to Apollo. I did, because he is Artemis's brother, and she is, like, the best goddess of all time. (BTW, every time someone has disagreed with me on that, I can argue with them with reasons until either: A, they finally realize I'm right; or B, I wear them down with reasons until they get tired of arguing, and accept I'm right) Coming up with all those rhymes and poems must have been challenging, but it is one of the reasons why I love it so much. Don't stop this series, because it's awesome! :)

Ok, so I know that you can't read stuff that people send you, which I don't really get. However, I recently learned of a play called "Hippolytus". It's a Greek tragedy, written by Euripides, and I thought you might be interested in it. It certainly inspired me for one of my books, and maybe it could do the same for you. Well, I'm not familiar with laws and stuff that you have to follow, but if you can, I would definitely check it out! If you do get to reading it, I would love to see how you twist it to age appropriate, because you seem to have a knack of doing that. Good luck!