Congratulations to all the books that made the Chicago Public Library Best of the Best 2013 List! And thank you, CPL, for including Zero the Hero! 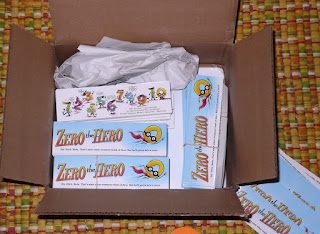 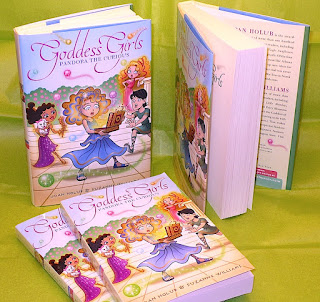 Giveaway:
2 copies of our new book
Goddess Girls #9: Pandora the Curious
autographed by Joan Holub & Suzanne Williams
This is the first in the series to release in both paperback and hardcover in the US.
It puts a modern spin on the Greek myth of Pandora's Box, set at Mount Olympus Academy, where middle-school gods and goddesses hone their mythical skills.
Aladdin paperbacks / Simon & Schuster
ages 8-12

Is Pandora about to open up a box of trouble?
One of the few mortals at Mount Olympus Academy, Pandora is famous for her mega-quizzical nature--not that she thinks there's anything wrong with curiosity of course!

Her curiosity kicks into high gear when a godboy named Epimetheus brings a mysterious box to school. Pandora can't help but take a peek inside this new box when it unexpectedly lands in her lap. What could be the harm in that, right? Little does she know that opening the box will open up far more trouble than she ever expected!

Click to return to the hop and enter other giveaways: