Book Dummies I have made: a Webinar presentation for scbwi

Below are some of the images from the webinar I presented to the Society of Children's Book Writers and Illustrators of NC two nights ago. 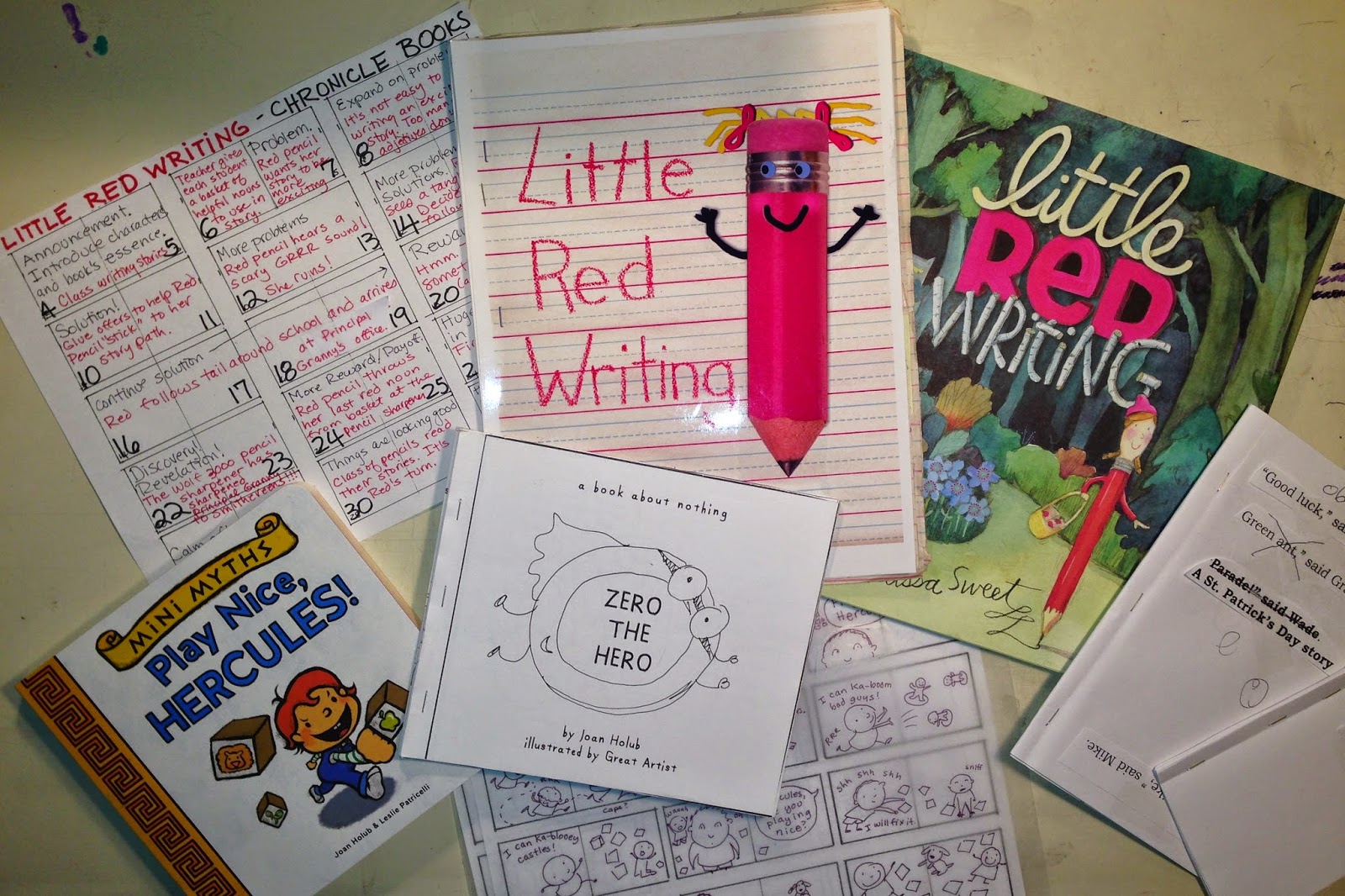 Above: An overview of various dummies I've made:
My dummy for Little Red Writing is shown here, juxtaposed with Melissa Sweet's final illustrated cover on the published book. And My Zero the Hero dummy is front and center. Far right: a text-only dummy for an Ant Hill easy-to-read. 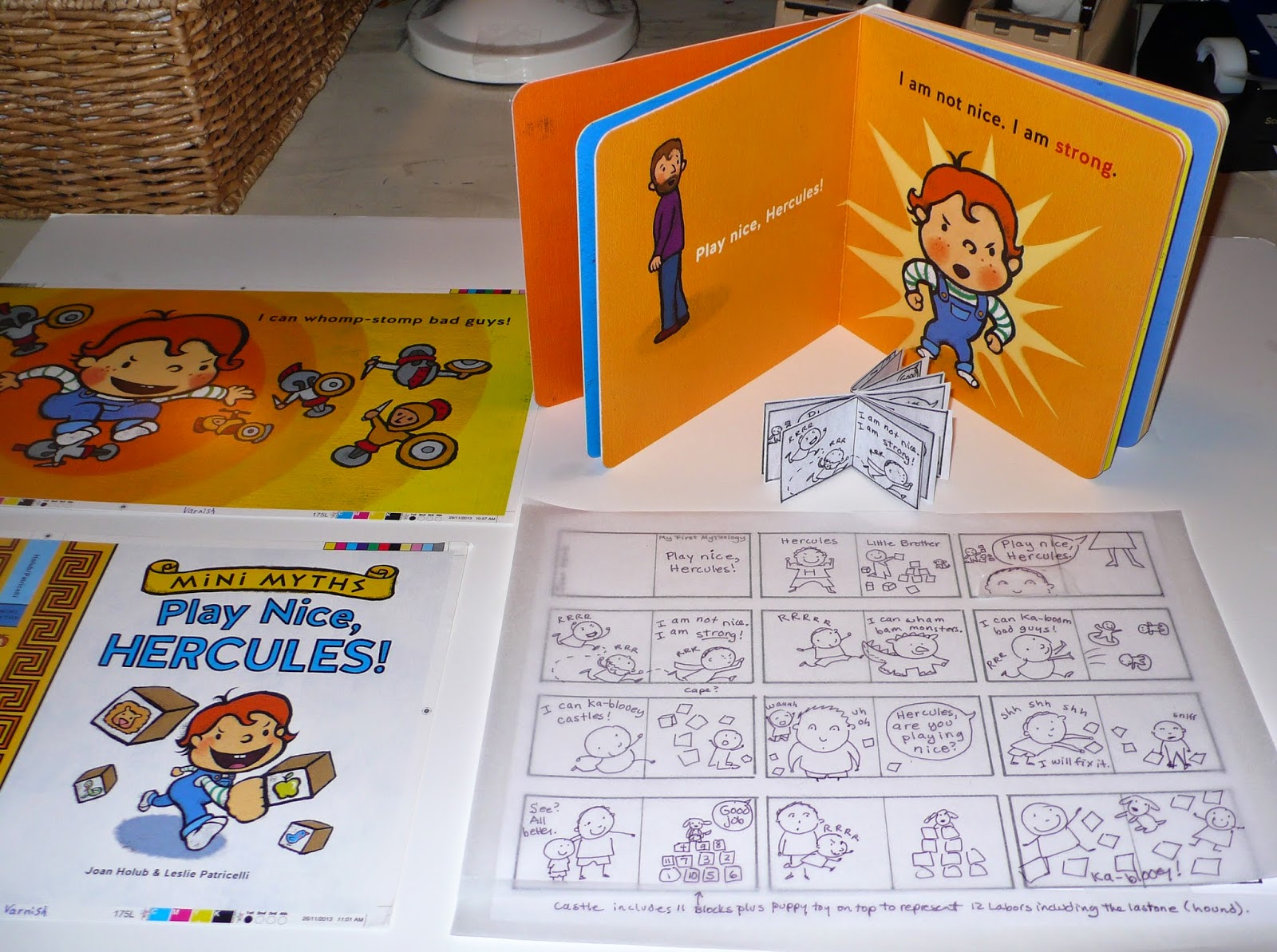 Above and below: The storyboards I sent to Abrams Appleseed and the mini-dummies I made from them. Abrams acquired the Mini Myths board book series based on these storyboards. The series brings mythology to preschoolers in an parallel story based on the myth, with a summary of the myth on the final page. Children ages 1-4 can experience Hercules's Twelve Labors (which he performs in order to right a wrong done to his family--in this case, to his little sister). And Pandora's humorous struggle not to open the box.