Hi! Welcome to my giveaway in the

Hoppy Easter Eggstravaganza Giveaway Hop
March 29th to April 5th
Hosted by I Am A Reader, Not A Writer & Read Now Sleep Later 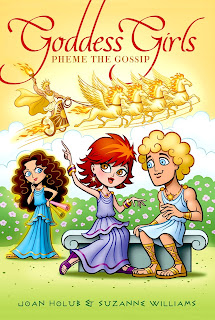 Word is that Pheme the Gossip is new in stores April 2nd!
It's the 10th book in the Goddess Girls series
I co-write with the fabulous Suzanne Williams!
Each book in the series puts a modern spin on Greek mythsin stories set at Mount Olympus Academy, where middle-school gods and goddesses hone their mythical skills.
Aladdin paperbacks / Simon & Schuster
ages 8-12
More about the Goddess Girls series & Buy links
Enter on Facebook or Twitter via Rafflecopter below:
a Rafflecopter giveaway

Get to know Goddess Girl Pheme…the original “gossip girl”!As the goddess girl of rumor and gossip, Pheme prides herself on being “in the know” and having the most up-to-date info on anyone and everyone at Mount Olympus Academy. To make sure that people really get her VIP messages, her words tend to linger in cloud letters above her head—just in case people don’t catch what she says!

But not everyone is thrilled with Pheme’s insider knowledge on everything MOA—including the Goddess Girls. Can Pheme ever be trusted? Or will this “gossip girl” find herself on the other end of the rumors? 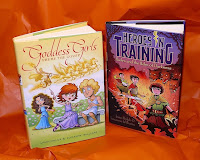 Return to the hop and enter more fab giveaways: 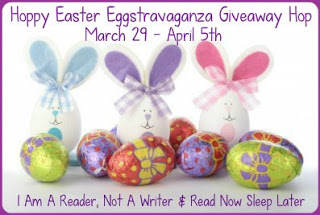 so bummed that only people on facebook can enter!

So sorry, Sarah! I'm new to Rafflecopter and didn't realize I'd limited it. I'll edit the Rafflecopter so there are more ways to enter.
~ Joan

I'm Kathleen on the Rafflecopter. I can NOT follow you on Twitter because they have blocked me from doing so. I guess I reached their LIMIT. sorry... Thank you for the giveaway. Happy Spring!

Since I can't change the rules I set mid-hop, I'll make sure my next hop includes another way of entering besides FB and Twitter. (I'll be in the Signed Books hop that begins April 16th on I Am A Reader Not A Writer's hops.)

I apologize to anyone not on FB or Twitter who can't enter this time.

Meanwhile, I hope you're having a truly hoppy Sunday!

A very well-written post. I read and liked the post and have also bookmarked you. All the best for future endeavors
Estetik

Its insane, that is what i can say applicable this post. Because this def is what the able activity is about right? Accrue it up!
Estetik

i impress your site,thanks for sharing.KeyGrabber keylogger is an undetectable keylogger, used for recording keystrokes on PS/2 and USB keyboards.
keylogger

It's a creativity site.thanks for sharing.100+ railroad jobs

railroad workers. Also, get started in the railroad profession - find

out how.
Railroad Jobs